Hey guys! Admire Coco So currently, as I am writing this right now, Brittney is beating everyone by like 67%, but let’s continue on this chapter as if we have absolutely no idea she is definitely going to win.

OK let us begin. Yes. With this. I started up the game, saw everyone sleeping soundly and went: Logically, now is a perfect time to give Bunny that makeover I’ve been thinking about.

This is what happens when you live forever. You become my test subject for random stuff I usually never use.

Bunny: But I’m not a fairy I swear!

Yes. He gets to keep the ears.

Bibi: I’m sorry Master! I’m sorry I just keep on accidently walking in when you take a shower.

To go with Bunny’s new ninja bandanna I bought the PowerMax again!

What do you mean there’s no relation?

And yes I was too lazy to build a proper room for it (its in the nursery). Let’s see if someone uses it…

Bree: I am ashamed. You guys should’ve voted for me. Now you’re stuck with that.

Barney: *staring into nothingness* I thought I would win…

GUYS. You aren’t supposed to know the vote results yet. Geez.

Now see? See what you guys did?

Fridge: Moar cake for me 🙂

And suddenly OM NOM the stove ate Bunny and we were rid of an extra mouth to feed.

Uh what are you doing?

And then she went on the stranger’s porch and waited till it got dark. 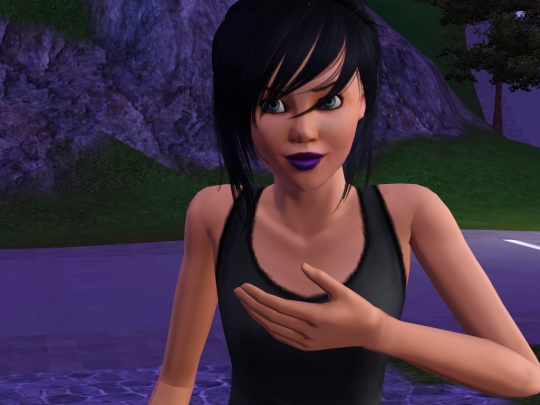 Brittney: I’ll stay as long as needed. I JUST WANT THE CANDY. >8)

And then she invited herself in.

Carpet: Take the cash and go!

Brittney: I wanna draw a frog first. And THEN I’ll consider your proposition.

Carpet: IM STARVING. Make me food while you’re at it.

Did you count the tail?

ITMOVES: FINE. I’ll just make myself something to eat.

Brittney: *jumps* What was that!?

I think this place is haunted. Might want to skedaddle. 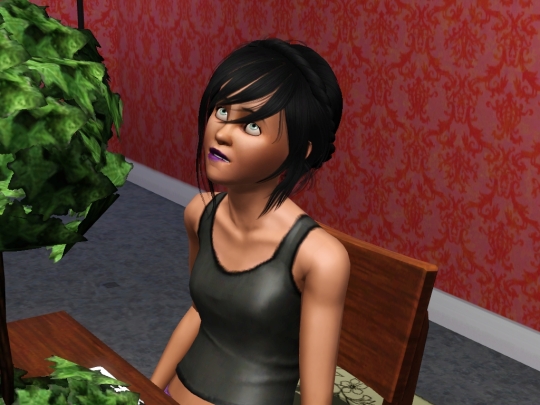 Brittney: Ohmegawsh like that matters. I’m talking about the tail. Since when do frogs even have tails??

Brittney: Shush you don’t know anything.

Tray: Okay guys on the count of three we catapult ourselves onto the counter. Ready?

At least they made it alive. Bottle and all.

ITMOVES: DARN IT. I was hungry.

ITMOVESbecameKNIFE: But it’s okay. You’ll have to come down eventually. And when you do…heh…heh…

Bibi: YOU ARE NOT GETTING TO HIM.

Brandon: It’s okay Bibi, ma is going to tell me exactly what I want to hear because NO OTHER news is worth waking me up for.

AMESTIA. I has not released the heir results!

Lol, you know what’s cool? No one voted for you. Im so mean

Brandon: But I really wanted to be heir…

Back to main show…

BOWL: *sacrificed itself to save everyone*

And now we have a sim we’ve already seen in the background. Manolo. Do you remember that guy? I thought he was a girl at first…

And I just gave him spikes because…I can? Yeah that’s about right.

Brittney: Either I sit here or you lose the jewels.

Um. Britt. A bit harsh there.

Brittney: DO PEOPLE NOT UNDERSTAND. An artist must concentrate. 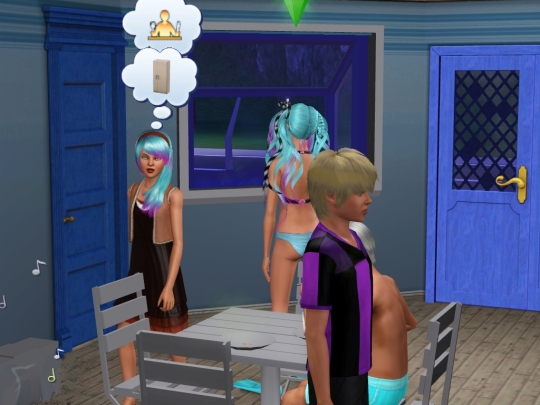 Barney: *still staring at nothing* I thought I would win…

Um…you got one vote at least? That’s more than Brandon.

Bree seems to be taking the news better than her siblings.

AND THEN MY GAME CRASHED. So I decided to fix it.

So yeah, decided to move them into another town. More specifically the tiniest coolest town I could find in five minutes on the sims 3 exchange.

Aww so tiny! I can just see the no lagging ahead!

It’s right there guys. Swimming in the ocean.

So I decided to add some sims I made since the town is empty.

Girl on the left I call Story Teller. Yup.

And girl on the right is Melanie. She’s a fairy it just hasn’t loaded yet.

And then I added these guys! Eliott on the left and Devon on the right.

Is this matchmaking I smell? *sniffs* Not that they’re restricted to the opposite sex… 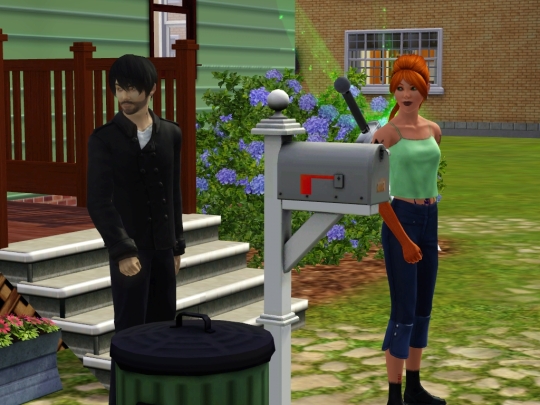 And then finally, just for the heck of it, I stuck James and Kyxa in there. Maybe they’ll spawn more beautiful babies. (from me story)

Anywho, I’ll let EA fill up the rest of the town. And I’ll probably spam you guys with news on these six because I love them all.

Okay! Welcome all to Beach Park!

Brandon: OH my gawd so immature

Also, we lost Stove in the move.

Counter: OH GOD, ALL I HAVE LEFT OF HIM ARE THESE WAFFLES ;-;

No problem with Amestia’s job, but Bunny lost his in the move so I sent him to sign up with the military. Look at him, he’ll totally fit right in right? 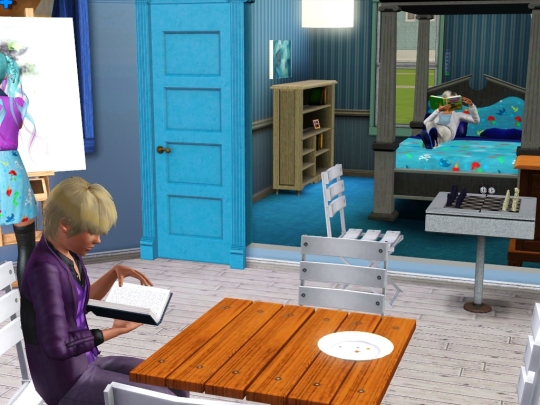 And the first thing these two do? Read a book. 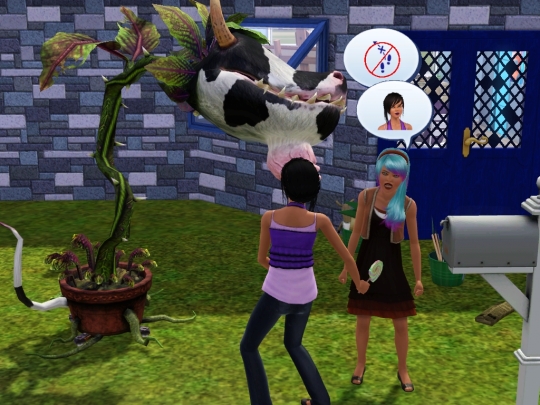 Bree: MOVE IT BRITT. My turn to play with Coco!

Brittney: NO. Get your own cowplant. 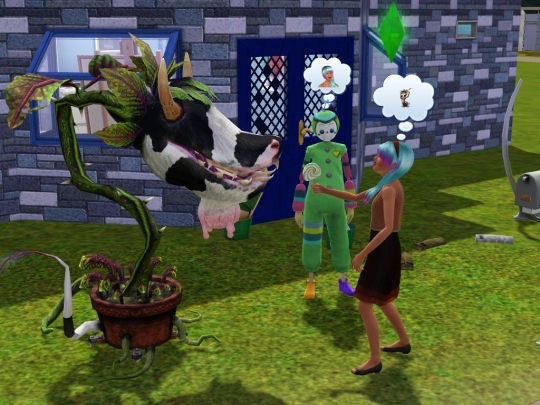 And it would seem the move has caused Boo to come back out. Darn it.

Boo: What if…while eating the lollipop it actually…ate your hand? Wouldn’t that be just marvelous?

CREEPER. The door is closed. Do you make it a habit to peek in people’s homes?

Wow. Brittney is skilling and Brandon is making fun of Bibi’s appearance.

EVERYTHING IS DIFFERENT NOW. 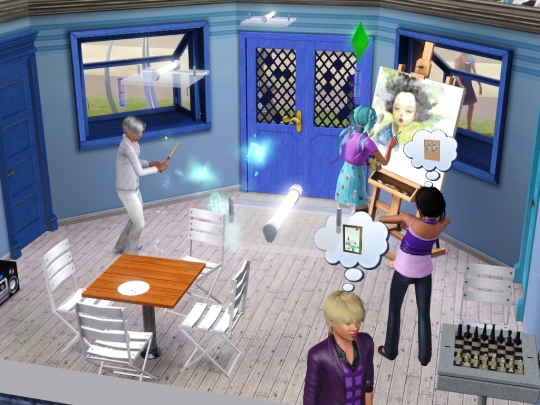 SO MUCH INTERACTION, I’m not used to this.

Brittney: HAHA guess what!? I’m going to be heir!

Bree: And if you’d become heir I’d have smashed your head in two with a rock if you get what I’m saying. 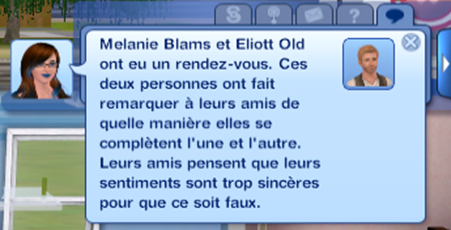 And yes I will be spamming you poor people with french updates because my game is in french I don’t want to uninstall/reinstall just to change the language.

And now Barney is revealing his witch trait!

Barney: Coco is a great subject for my experiments.

I’ve decided to make a collection.

Britt, have you been drinking? Nevermind, I don’t want to know.

This is ironic considering my James hates animals.

Wow! These two are getting active, we’re still on day one and they have a baby on the way!

Be happy, you guys get to learn french at the same time.

Brittney: But that’s such a waste of good food!

Brandon: No! I’m not a slob like you! I don’t want to lick the dirty plates!

I don’t know why I find this funny, but it just is…

Brittney: SHAME ON YOU BARNEY. You gave Coco the wrong lollipop. FOR SHAME.

Bree: Oh my god guys get over it and out of my way. Me and Coco need some morning time.

Also, the move completely destroyed her relationship with Bunny. They aren’t even married anymore.

Annndd day 2 and these two are already procreating. We gonna have some pretty babies soon.

Brittney: I change my mind I don’t want to sit at the table D: , stinky stinky

Bree: TOO BAD. Heir gets table.

Guys. Guys I has not revealed the results please do not spoiler for the readers. Everyone thought Brandon would win.

I don’t know what i did, but things seem to be relatively back normal. Amestia’s married to Bunny again anywho.

Bibi: Oh don’t be like that master! I just wanted to sleep with you 🙂

The old ones aren’t bubbling anymore…are they expired?

Barney: I’m doing my homework! Can you take the painting away now? D: 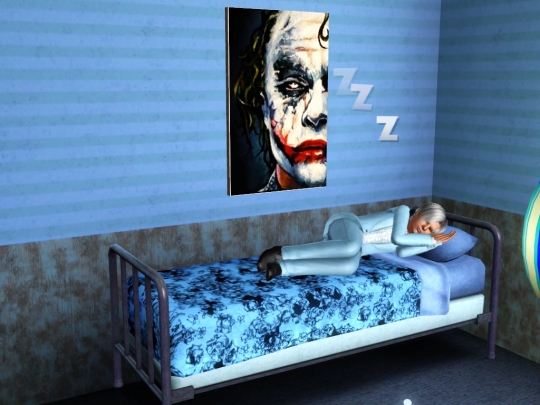 And learned how to levitate. 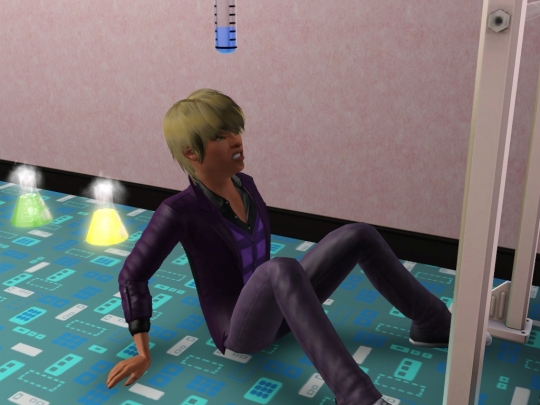 Barney: BUT I WONT LET IT BEAT ME 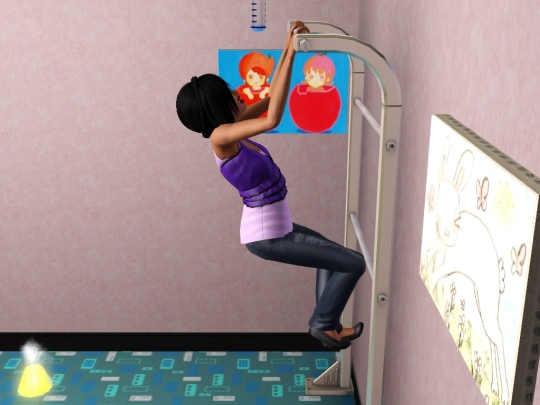 Brittney: If my baby bro can do this SO CAN I

Brittney: This is harder than it looks X(

Don’t give up now!

THE HORSES ARE BACK

Well just one for now.

And you know what I’ll just stop this here and hope I can get some birthdays in next time cause this chapter is getting long.

Randomizing every LTW choice and trait (apart from the obligational insane trait) for a whole generation of children: 0 x +10 = 0

(Completed) He's about to embark on a life changing AU...

On Pancakes and Madmen

Echoes of the Past
Mpart's Malapropisms

The Stories and Legacies Index

A virtual library for all Sims Stories and Let's Plays

For all intents and purposes, Isabelle should already be dead. And yet, here she is.

The Fey of Life

Fairy tales in life are few and far between

Oh, it's gonna be good

You Never Know What May Be Lurking

Faction of the Lost Ones